I’m going to nerd-out for a moment and post my autographed cover of Ring of Honor’s Unified DVD. 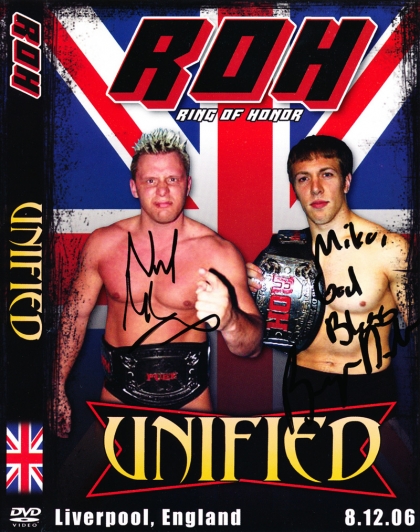 As I have written about before on this site, Ring of Honor is the third largest professional wrestling promotion in the United States and the proving ground for some of the world’s top talent. On August 12, 2006, ROH held an event in Liverpool, England called Unified. The main event was a title unification bout between the ROH Pure Wrestling Champion Nigel McGuinness and the ROH World Heavyweight Champion American Dragon Bryan Danielson.

Several years later, after Bryan Danielson was released from WWE for being “too violent,” he returned to the independent circuit where he made a limited number of appearances. One was at Dragon Gate USA show I attended in South Philadelphia’s Asylum Arena called Enter the Dragon. After his main event match, Bryan stuck around to take photographs with and sign autographs for every last person who wanted one, an extremely generous act considering the size of the queue. The window of opportunity to get this autograph was short, because within a few short weeks, he was brought back into WWE where he experienced a fast rise to the top of the company. He is currently heading to the main event of Wrestlemania 28 as the reigning World Heavyweight Champion. 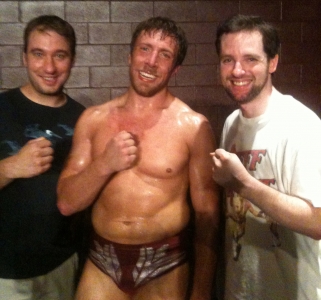 Nigel McGuinness, who is also a former ROH World Heavyweight Champion, is known for his technical and hard-hitting style. After leaving ROH, he had a memorable series of matches in Total Nonstop Action performing as Desmond Wolfe before having his career cut short by a medical condition. He has since returned to Ring of Honor as the company’s color commentator, where he has been doing an outstanding job. I managed to catch up with Nigel after the first set of ROH television tapings at the Du Burns Arena in Baltimore, MD. I explained how Bryan had signed one half and how I hoped he would sign the other. He agreed readily and then mentioned to me, “You know, it’s pretty hard to get both of us.” 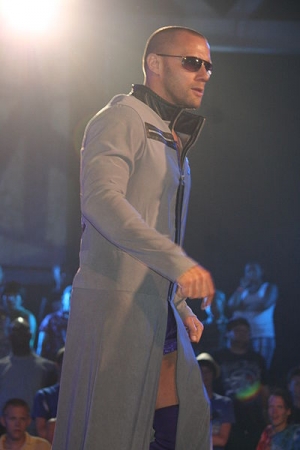