Ever since WWE’s Monday Night Raw celebrated its 1000th episode last month, the show has been permanently reformatted from two hours to three hours.  Three hours of professional wrestling is a lot to sit through, especially when it’s not all that great.  Which right now, it’s not.  I took a look at PW Insider’s polling since Raw 1000 to see how the show is being received.  The results aren’t pretty. 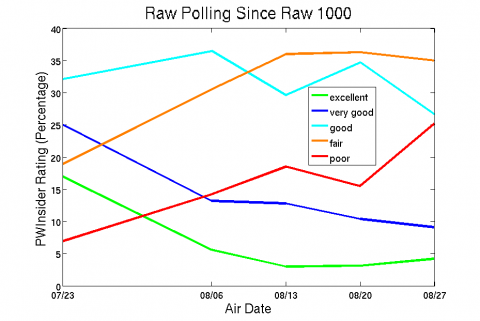