This past weekend I attended Dragon Gate USA Bushido 2011: Code of the Warrior, an independent professional wrestling event held in Philadelphia, PA.  I brought my camera for the first time and captured these images of the action for your personal amusement.  Just click any one of them to enlarge. 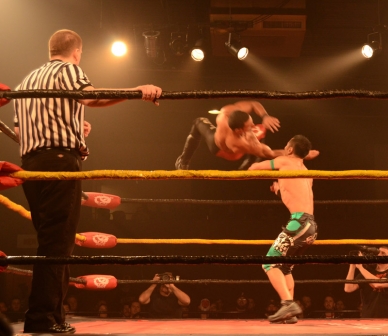 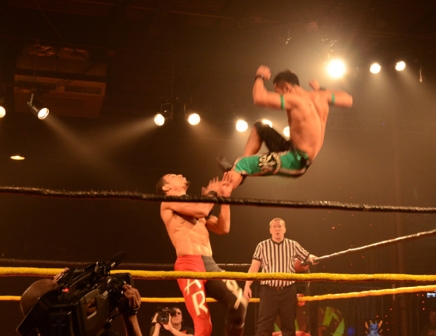 For those of you who don’t follow the professional wrestling industry obsessively like I do, here’s your executive summary.  There are two big pro wrestling companies in the US, WWE and TNA.  Below them are smaller companies that usually draw no more than 1500 attendees to a show (if they’re lucky).  Among the biggest of these “independents” are Ring of Honor (which was, incidentally, immortalized in the Darren Aronofsky film The Wrestler), Evolve, Combat Zone Wrestling, and newcomer, Dragon Gate USA.  You can search YouTube for Dragon Gate clips, but here’s a little to whet your appetite:

Dragon Gate USA is the international expansion of Japan’s mother promotion Dragon Gate and features many of Dragon Gate’s stars, but also introduces new ones like Ricochet, Brodie Lee (pictured below with PAC), Chuck Taylor, Johnny Gargano, and more. 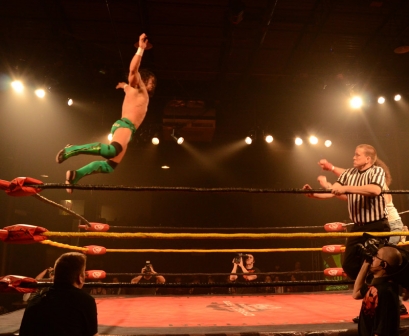 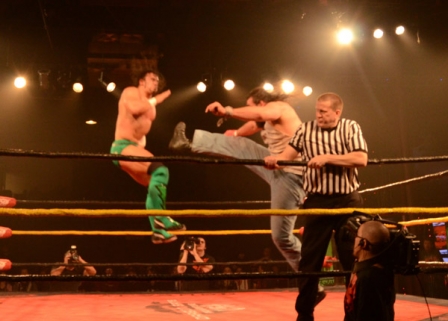 I’ve gone to every one of DGUSA’s Philly shows, which have all been held on Saturday evenings.  I’ve also taken on the role of Pied Piper by slowly building my coterie of friends willing to attend.  The ritual includes a two hour car ride north to Philadelphia, a stop at Tony Luke’s to get some classic Philly cheese steaks, and a short walk down the street to The Arena, a converted bingo hall and Mecca of Professional Wrestling. 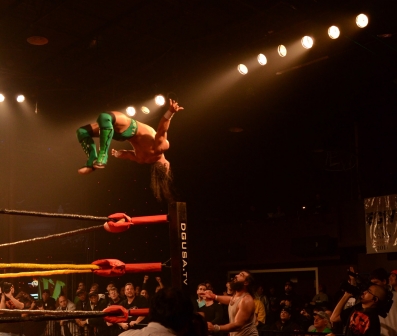 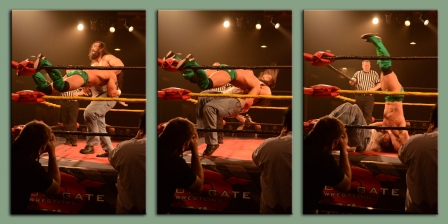 It was here that the renegade Extreme Championship Wrestling promotion was born.  The wrestling company that asserted “We’re hardcore!”, ECW was the over-the-top answer to a stale mainstream wrestling product.  While WWF was offering sports entertainers pretending to be garbage men and minotaurs, ECW was providing realism, technical prowess, high-flying, and the occasional splattering of blood and guts. 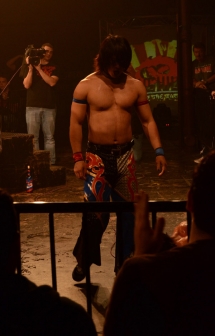 In one particularly memorable moment, the wrestler Taz and his referee-turned-manager Bill Alfonso came to the ring and demanded Sabu, his principle rival.  Here’s what went down:

And to our great delight, look who was signing autographs and taking photos at the show!  It was the homicidal, suicidal, genocidal Sabu! 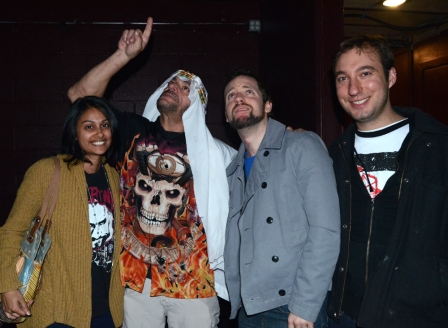